The League footballer from Quito, Antonio Valencia recalled the match between Bayern Munich and Manchester United in the second leg quarter-final match in the UEFA Champions League 2009-10. Bayern Munich lost to Man U with a score of 3-2. Antonio Valencia or ‘Tono’ Valencia played an important role in that match that was played at Old Trafford on 7th April in the year 2010. He assisted Nani, the winger from Portugal two times in the game. Nani played the role of the goal-scorer for the 2nd and the 3rd goal of that match. The video of that goal and the entire match got published on social media that was taken from the official account of the UEFA Champions League where Nani has mentioned Valencia’s name and has appreciated the pass that helped them to get the goal. 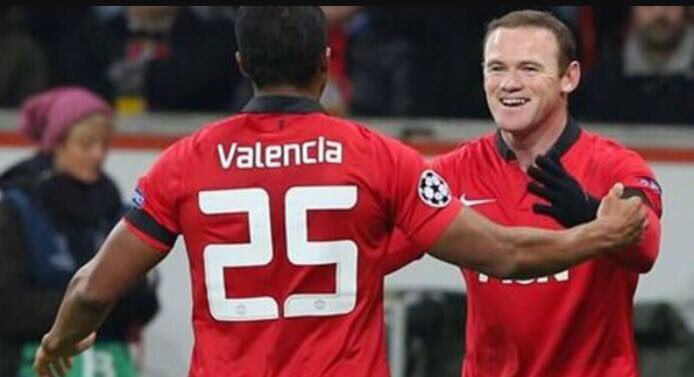 The performance of Antonio Valencia that he showed for that particular match has been appreciated a number of times by a lot of his colleagues and other players. The English team highlighted especially his performance in their twitter handle account. Hadn’t Valencia assisted Nani at 7 and 41 minutes of the match, it would have been a different situation for them. Darron Gibson from Northern Ireland scored the first goal within 3 minutes of the game.

The Bavarian team came from behind to attack Valencia’s team with goals from Olic at the 43th minute and Arjen Robben in the 74th minute of the match. Bayern Munich was able to advance to the next level of the competition, which was the semi-final because they were able to score more goals in the tournament as a visitor.

Nani and Valencia were fortunate to play together in the final match against FC Barcelona in the Champions League 2010-11. In that particular match, Manchester United fell as the final score was 3-1.